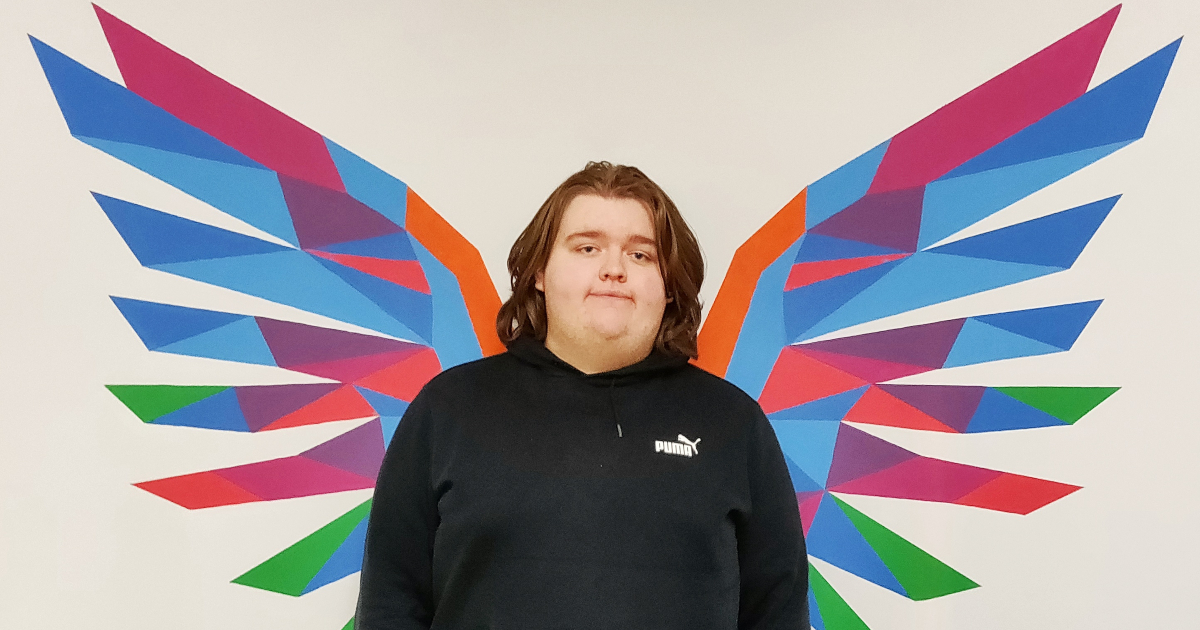 I left High School in year 3. I had to drop out because of stress and anxiety. I had been bullied for over two years at school and hadn’t opened up about it to anyone, not even my family.

My parents only found out about the bullying when my brother saw a post about me on one of his friend’s Snapchat and told them about it. I don’t think they would have found out otherwise.

Back then, I used to bottle everything up. I believed that it was my fault that I was being bullied, that I had somehow contributed to it.

Now I realise that I had done nothing wrong, I just got caught in the middle of really bad behaviour.

After I dropped out from school, I did not do much for a year. I would spend most days at home playing video games.

Then I got the chance to join the 16+ group at Cupar Youth Cafe, where I spent a year rebuilding my confidence. I got to meet new people and learned skills that I now use every day.

The group was a place where I could just be me without any fear of being called names.

The programme taught me to be more proactive. These days, I feel like I’m on top of everything I need to do, whereas before I used to procrastinate a lot.

As the programme went on, I was encouraged to start thinking about what I wanted to do next. At first, I thought I would like to go into IT but after doing some  research, I realised that I’m really interested in psychology.

My youth workers helped me through the process of resitting the exams I had missed at school and then supported me as I applied for a college course in psychology.

My long-term goal is to become a psychologist. It’s not something I could have even imagined before I joined the 16+ group.