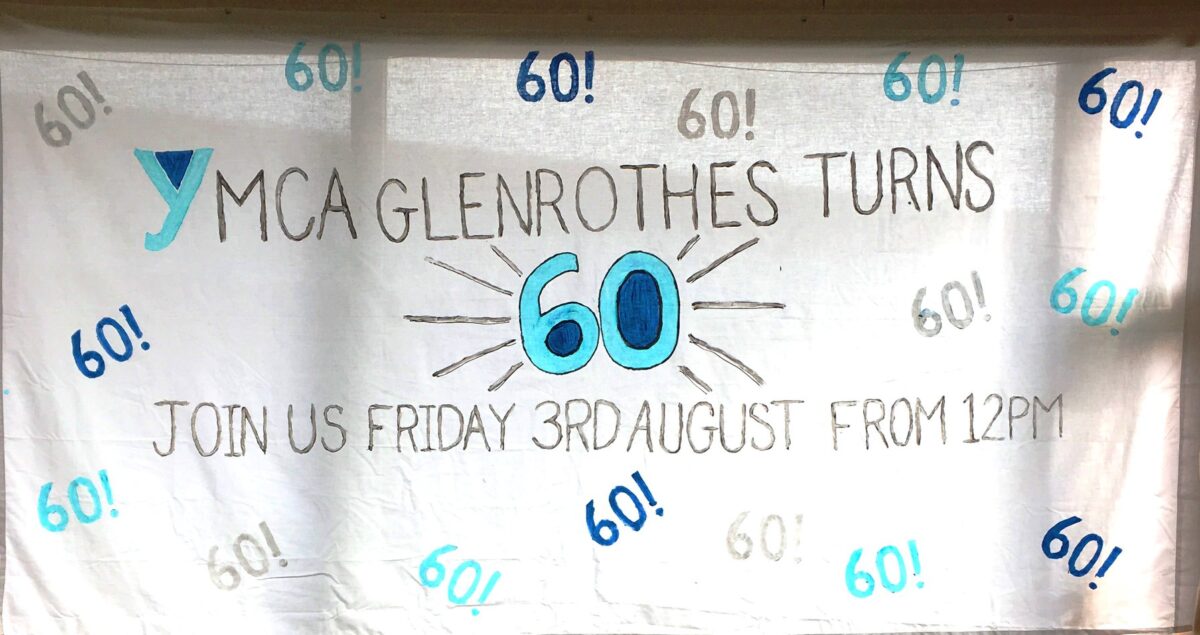 In August 2018, the YMCA celebrated 60 years in Glenrothes! Various members, past and present, volunteers, staff and local MSPs attended the 60th celebrations at the Y’s Community Centre. We were delighted to be joined by one of the founding members of Glenrothes Y, our very special guest, Shonag Herd who cut the cake to mark the opening of the event.

Visitors who attended the celebration were able to participate in a ‘Walk through the Decades’.  They gained an understanding of what  YMCA Glenrothes does, from its origins in the 1950’s to the work that it continues to do, supporting vulnerable and disadvantaged individuals in the local area.

There was much admiration for current YMCA young people by visitors to the celebration. It was great to be able to celebrate youth achievements with everyone who came along!

Awards were presented to young people in these categories:

We also congratulated one of our staff member’s Michelle, who received a long service award for 15 years of loyal and dedicated service to the Y.

Mike Will, President of YMCA Europe and Executive Chair of Aberdeen YMCA delivered a key note anniversary speech. He said: “It’s been fantastic to join in the celebration of YMCA Glenrothes on its 60th anniversary, and to hear about everything they’ve been doing to empower young people.”